Get Our Latest Updates: Download a FREE Set of Coloring Pages! ⇾

Hello, “taste trays!” Taste trays are a stellar opportunity for introducing new/familiar foods to kids – and exposing our littles to food is one of the most important things we all do!

On this particular day we had a “green food” taste tray with green five foods: mint, an apple, a bell pepper, a cucumber, and broccoli. Now, it’s first important to remember that often kids will try more foods while at school in front of their friends than they will at home. A child who might refuse to taste raw broccoli at home might be more inclined to taste it at school if they see their peers doing so (this is called “positive peer pressure”). So, what do you think happened? The kids gobbled everything up that you see and asked for more.

The mint was my favorite part. We activated all senses with mint (smelling, touching, looking, tasting) and after eating a few leaves right off of the stems we added the mint and cucumbers to the kids’ water bottles (we called it “spa water’“ ha!) and the kids thought it was SO fancy!

Eat all the things with the kids, friends!

Get our favorite ideas and news sent directly to your inbox.

I love all things early childhood. Having earned a master's degree in education, I love sharing my passion and knowledge both as a classroom preschool teacher and college professor. Friends Art Lab is my heart and I'm excited to share with you! LEARN MORE 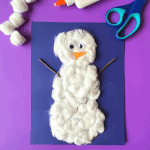 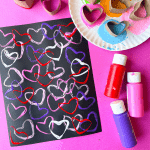 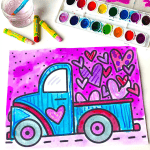 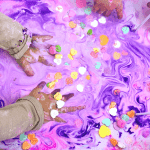 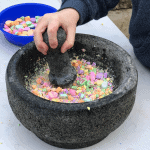 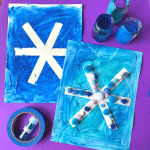 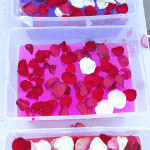 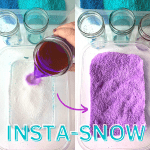 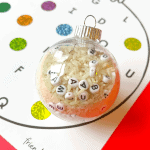